Elizabeth E. Welch began her legal career in 1997 as a legal assistant and paralegal. While clerking for Kafoury & McDougal in 2002 she found her inspiration to represent injured people against insurance companies.

In 2015 Ms. Welch was excited to open her own firm, Elizabeth E. Welch, Attorney at Law.  She continues to practice only in plaintiff’s personal injury.

A lifelong Oregonian, Ms. Welch graduated from the University of Georgia and attended Lewis & Clark Law School as a night student, graduating in 2004.  She became a member of the Oregon State Bar in 2006.

She regularly mentors aspiring new attorneys in personal injury law, and served as one of the editors and contributing writers to the Oregon Trial Lawyers Motor Vehicle Deskbook.

Ms. Welch is currently on the Development Committee for the National Abortion Rights Action League (NARAL).

The mother of two girls, Ms. Welch served on the Board of North Portland’s Peninsula Elementary PTA from 2009 through 2013, serving as President in 2012 and 2013. She sponsors multiple PTA and school events throughout the year. Recipient schools include Roosevelt High School, Grant High School, Peninsula Elementary, MLC, Buckman Elementary, Ockley-Green Middle School and Access Academy.

Elizabeth has spoken at Oregon Trial Lawyers Brown Bag lunches on working with adjustors and handling personal injury cases. She is also a contributor to OTLA’s 101 class, speaking on Marketing for New Lawyers. Ms. Welch has spoken at OTLA convention on Social Media discovery issues and for the National Business Institute’s CLE on motor vehicle cases. Along with authoring a few articles for OTLA’s Trial Lawyer Magazine, Ms. Welch has co-authored two articles on dental malpractice in national publications.

Elizabeth is a graduate of Oregon Trial Lawyer’s 101 and 201 classes.  She was also picked to be in the first ever Rothauge & Kaner Women’s Trial Academy. 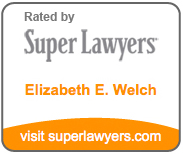 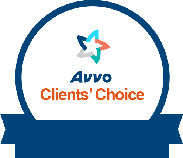 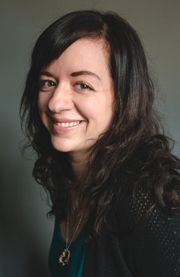 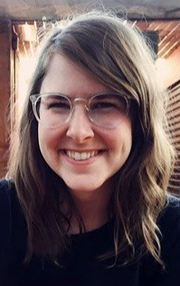